Travel inspiration, tips and plans all in one place: from conquering high mountain peaks, or even cycling through remote places.

When I am trekking through forests, peaks and natural foliage in other parts of the world: I often come across visitors who have visited Malaysia and get wild-eyed about Borneo and Taman Negara where they talk about the oldest rainforests, especially the tall Borneo’s dipterocarps, the tallest rainforest trees in the world, reaching up to unbelievable height of 60-70m, even 90m (as tall as a 29 storey building).

I dug deeper and asked them more about these places from an outsider’s point of view and most of them agreed that little has been done to protect the ecosystems in Malaysia. As much as I hate to badmouth my own country, we as a country are terrible at protecting and preserving our natural forests.

Virgin forests are practically non-existent in Malaysia where their crowns have disappeared, leaves shredded resulting in no diversity in our forests; only seen are perfectly lined trees with a poorly defined emergent layer reserved for oil palm or rubber plantations. 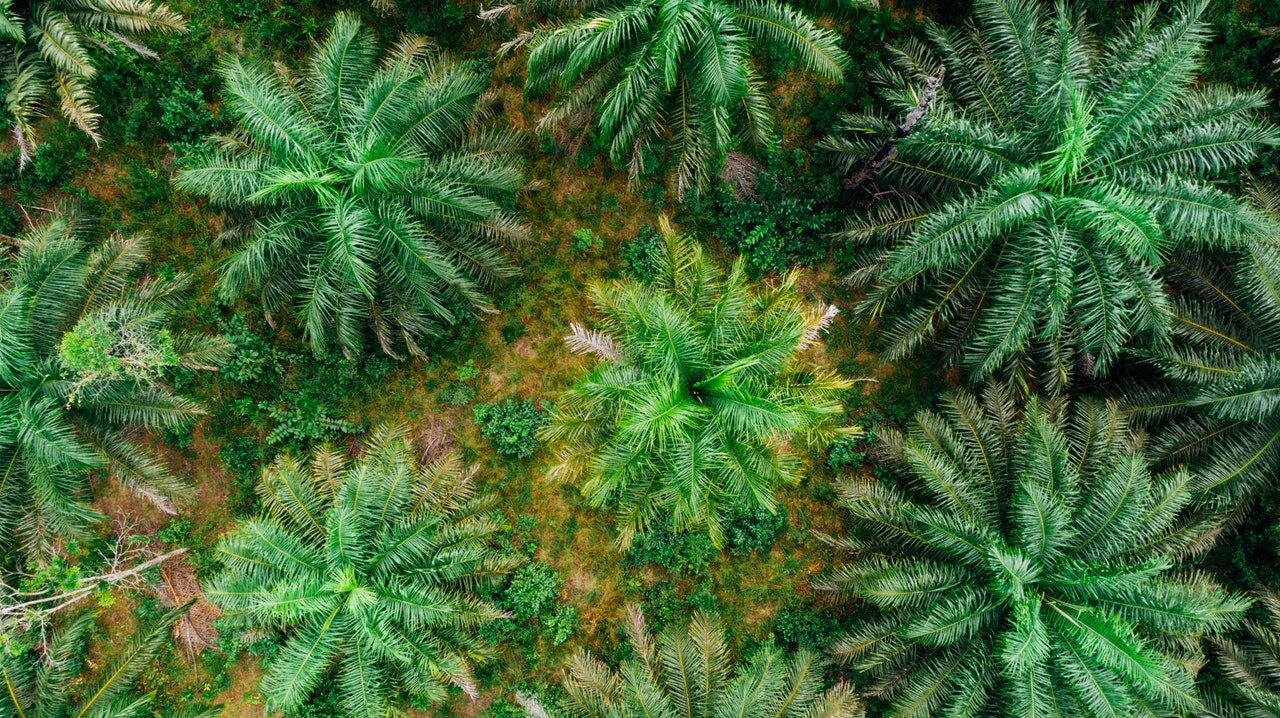 An aerial view of the manicured oil palm plantation

The irony is that to visit these national parks you’ll come across lines and lines of illegal logged areas and monoculture tree plantations. I don’t have to travel far to even see this. A trip from the Sepang International Airport to Kuala Lumpur and even nearby Pahang is dying in the hands of greedy loggers. Value for forests and natural green lung areas is on the lowest end of the pyramid, even Taman Rimba Kiara is being cleared to make way for serviced apartments.

According to World Resources Institute’s Global Forest Watch (GFWM), Pahang had 1.67 million ha of natural forest, extending over 72 per cent of its land area in 2001. In 2017, the state lost 71,100 ha of natural forest. GFWM estimates that from 2001 to 2017, the state lost 989,000ha of tree cover, equivalent to a 30 per cent decrease since 2000, and 108 million tones of CO² emissions. Our ecosystem takes eons to grow, but our loggers and other deforesters take minutes to kill it. Do we not care about preserving forests?

It is another example of how the free market can destroy both the environment and climate for the short-term gain of very few people. Humans seem to be too many, too greedy, too ignorant and too ruled by base desires.

Ignorance At Its Best 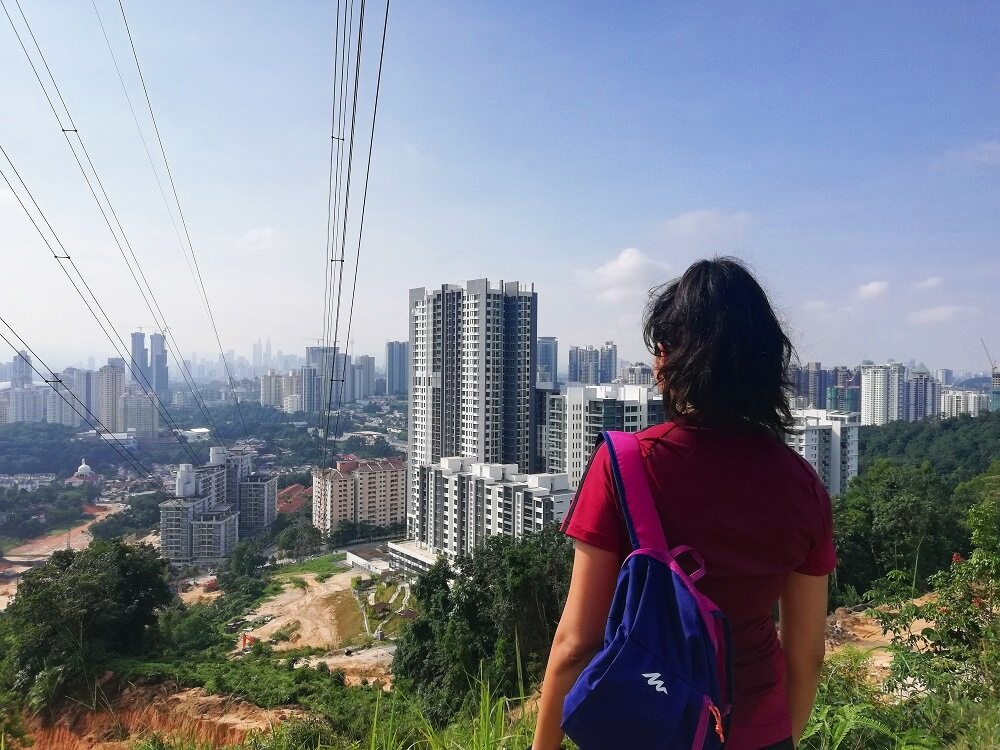 Taken during one of my hikes in Malaysia where you can the usual forest clearing all in the way for new development.

The sense and awe of trees are far too far-fetching for everyday humans. When we trek through dense rainforests, we are unable to even get a scale or full picture of the tall trees and even their crown because they are often covered by smaller trees.

According to the Rainforest Journal, “The dipterocarps are a family of hardwood, tropical trees comprising about 500 species, with about 300 species located on the island of Borneo. Borneo is their center of gravity, followed by Peninsular Malaysia, South Thailand, and then Sumatra – basically the evergreen tropical rainforests of the Sunda region is where they thrive.”

It is almost guaranteed you won’t find stunning dipterocarps trees anymore in lowland forests and outside non-conserved areas. It takes almost 100 years to even attain a canopy height of 30m and 60m trunk diameter, according to The Rainforest Journal. It is shocking that there is zero awareness and campaigning on our dying ecosystems. It is almost equivalent to getting the California Redwood forests chopped.

The Fate of The Malaysian Nomadic People (Orang Asli) 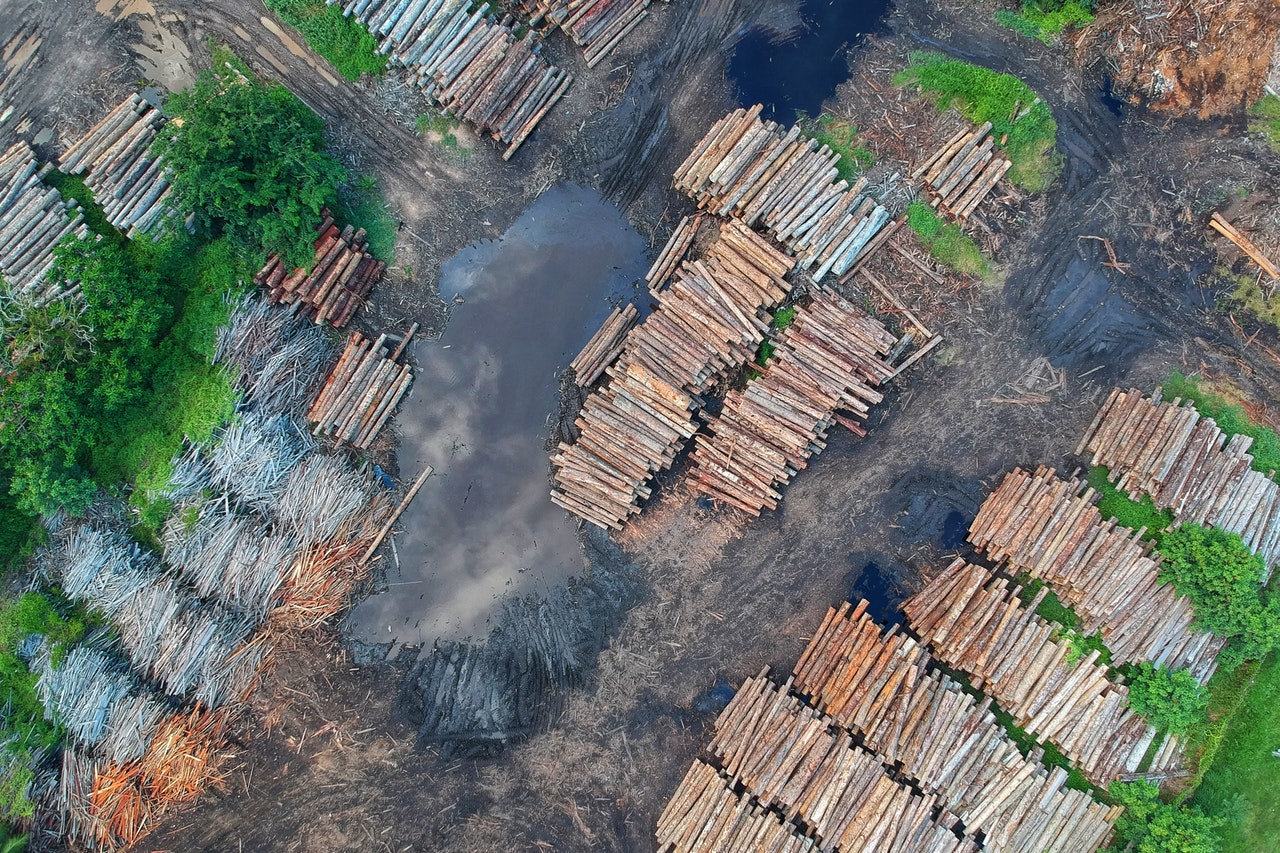 What’s the point of development when we can’t safeguard our forests?

I have had recent discussions with Malaysians and I often feel as a country, we have a sort of an identity crisis. Do we want to become a high-income nation? What’s the point of development, high-end infrastructure when we can’t help to safeguard our forests, indigenous tribes and wildlife from threats such as encroachment, illegal logging, poaching and so on and on the other end preserve our rich heritage of temples and colonial buildings?

What happens when the indigenous people are faced sudden deaths because of their reliance on forests to sustain their lifestyles? The Orang Asli in Kuala Koh, Kelantan, referred to as the Bateq community, used to be strong and healthy but the destruction of the environment and their subsistence have left them malnourished. 14 of the Orang Asli villagers were found dead recently from a mystery illness, proclaimed by the state Health department. This is what happens when the forests close to the northern border of Taman Negara Kelantan were replaced with large acres of oil palm plantations.

Political cartoonist, Zulkiflee SM Anwar Ulhaque (Zunar) came up with a telling cartoon piece depicting the plight of the Bateq tribe in Kuala Koh, Kelantan. The cartoon shows a mining tycoon, standing on top of the skeletal remains of the Orang Asli community, holding up bag cash while laughing and the Kelantan state government is shown sleeping on the job. The cartoon depicts exactly the sorry state of affairs the Bateq community.

It’s saddening to hear that complaints over the logging and mining activities affecting the Bateq tribe’s water source and livelihood have been made by non-governmental organisations since 2010 to the Kelantan state government, according to a report in Leaders-Online. 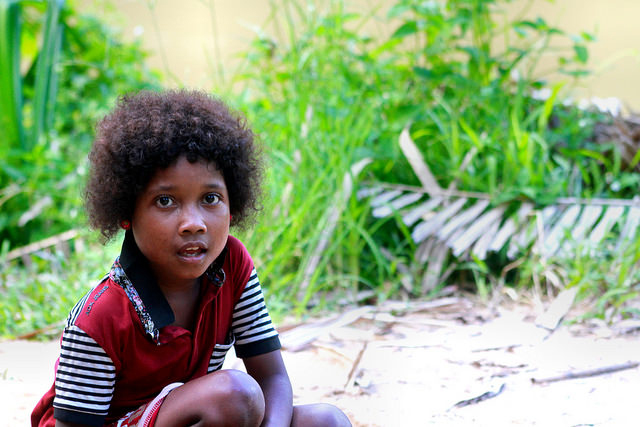 Could the last nomadic people of Malaysia be poisoned by the plantation and mines that replaced their homes? Well, turns out the government is in no hurry to find out. It saddens me to hear how there is no sense of urgency being brought to the Bateq Tribes and instead their jungle homes are torn down 10 years ago to make way for palm oil plantations and, more recently, manganese mines – emptying them of their way of life and autonomy.

The Guardian report provides a detailed overview of what’s happening to them and according to the article, “Manganese, a highly valuable element used in phone batteries and the making of stainless steel, has long-term health impacts when consumed at high levels, including chronic ill health, damage to the brain, liver, heart and other organs, as well as being associated with high infant mortality, a key issue within the Batek tribe.”

The government has mooted an idea of the Orang Asli blueprint but why stick to just a blueprint when it would make sense to have ‘A Ministry for Indigenous People’. Orang asli, who make up only 0.6% of the Malaysian population, have the smallest carbon footprint but are the hardest hit by the threat of deforestation and a slow economy. With new logging signboards and the case of the recent spate of deaths, their tribe could go extinct.

What Can We Do About It? 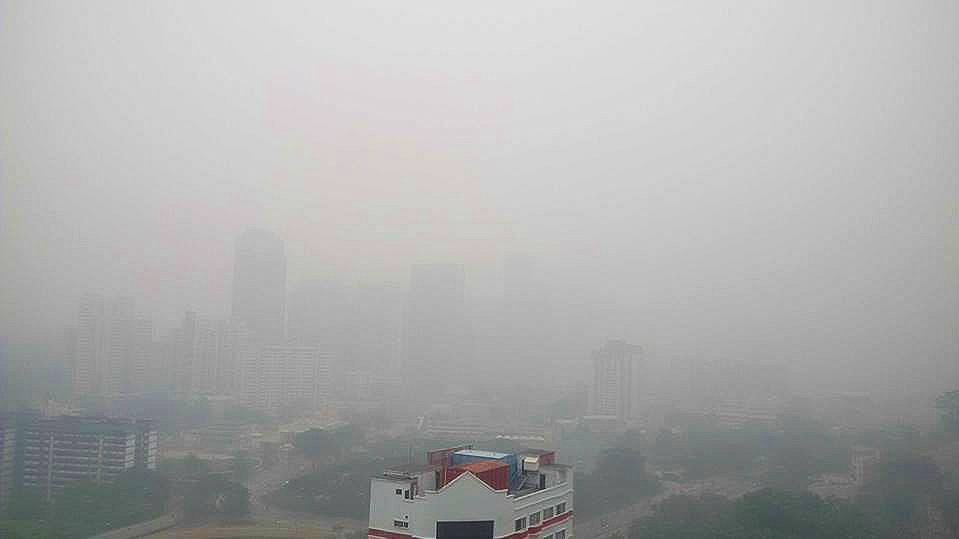 The terrible haze situation in 2015 taken from my balcony.

﻿With the recent haze choking our health, it is a reminder that the environment is getting destroyed while we continue with our daily lifestyles. It may look minuscule among the grand scheme of things since the haze is a one-off event and we tend to forget about it once the rains washes away the smog, but it comes back like the plague every year, but then what are we doing about it other than ranting?

I recently attended the Climate Strike and #CSKL2019 #FridaysForFuture protest in Malaysia and interestingly PEKA Malaysia, a society for the protection of rainforests in Malaysia were advocating about the general detachment that people had with nature. If society doesn’t reflect, react or voice out about what is happening in our homelands, we might as well be dead already. You can refer to this video at the bottom that highlights the horrible consequences of illegal logging.

Every day it seems more and more likely that big corporations and obscenely wealthy companies will totally win out at the end and absolutely strip this planet bare leaving it charred ruin. Nothing will stop them and their powers are only ramping up at unstoppable speeds. But how do we stop this from happening? It pretty much feels like a hopeless situation and fight against ole me vs Corporate Palm. I guess, I am no expert and still in the process of trying to fight this, but the least we can do is educate, inform yourself, talk and write about it and even consume less.

I am trying to make changes where I can by checking labels for palm oil though increasingly hard to avoid since it is everywhere from our soaps to our detergents and biscuits but in the end we should do whatever it takes to support ethical businesses, visit remote communities, understand their plight and choose conscious consumerism.

Do you remember a time when the weather was used for innocuous small talk?

I remember when everyone from meetings to awkward first meets would often talk about the weather like some kind of soothing conversation but right now, if you step out, there’s nothing soothing about it any more. It is always about the humidity, the haze, the problems but never the solutions.

What makes it harder to swallow is that we have done this to ourselves. This is the new normal. We can’t believe leaders who take us to more lofty notions. We need to find messages of alternative ways to conduct human affairs - and definitely need more of them as the implications of the climate crisis becomes hard to ignore.

As Bob Dylan sang, “A hard rain’s gonna fall.” The song predicted everything we see today. 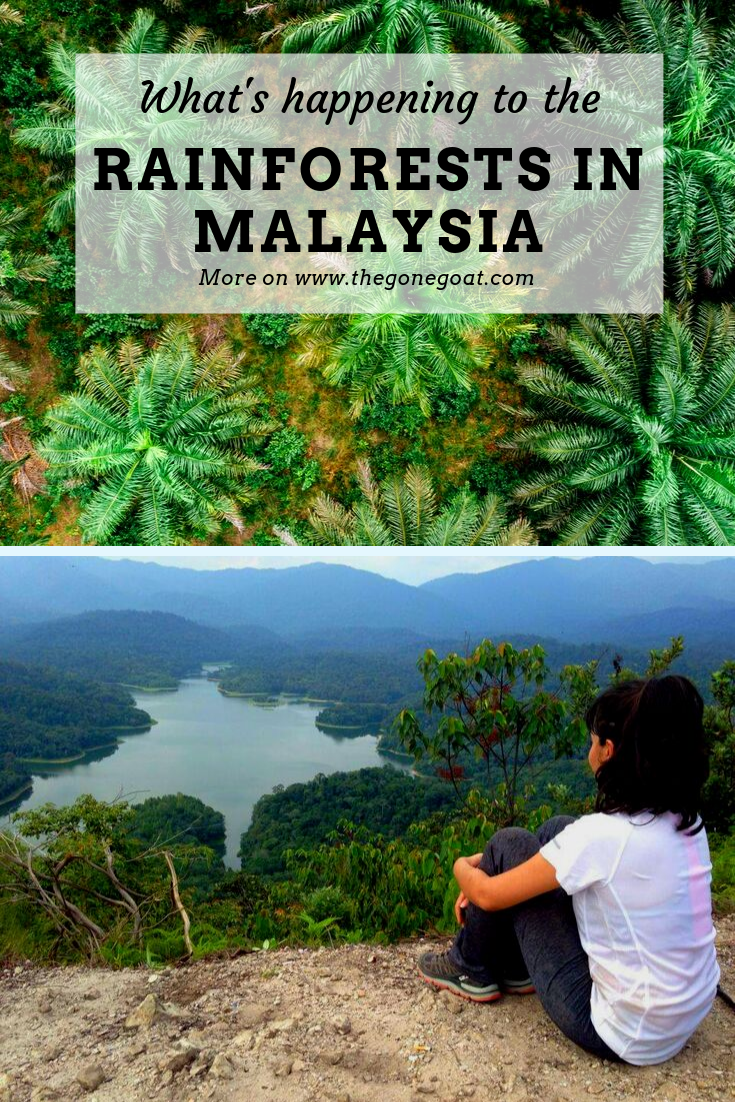 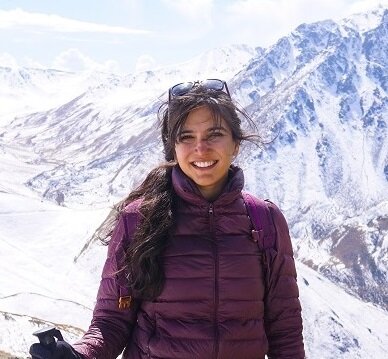